All Was Calm, All Was Bright on the Panama Canal

Today, Christmas Eve, I got to check off three very cool things from my Bucket List:

Today, we traversed the Panama Canal! It was, by far, one of the coolest things I have ever experienced. It took about nine hours, and through a series of dams, locks, man-made lakes, and more, our 900-passenger MV Explorer made it from the Atlantic to the Pacific, across the Continental Divide, and proved that the Canal deserves its spot on the list of modern wonders. 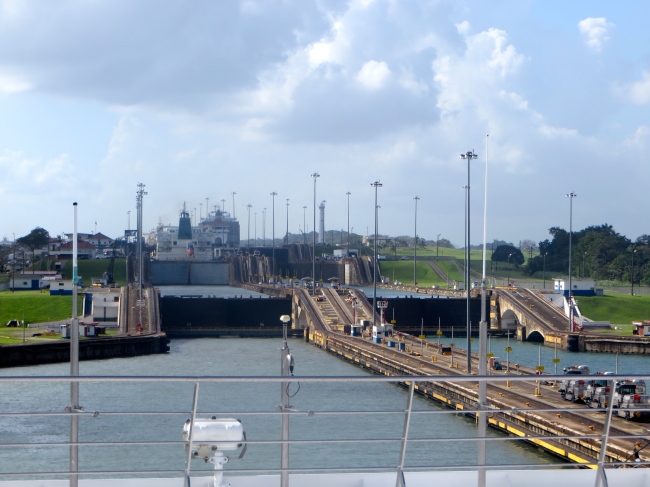 The start of the Canal! This was the when we were still on the Atlantic, ready to be hoisted up through the locks.

Galina and I woke up early (for us; it’s all relative when you are sailing!) to get a good breakfast in before we started going through the Canal. Since we got a late start out of Cartagena we got bumped in line to go through the Canal. Originally, we were slated to start at 5am, but now we started at 9am and finished around 6pm, which was perfect for a little leisurely wake-up call, plus we ended up in the Pacific just in time for sunset. 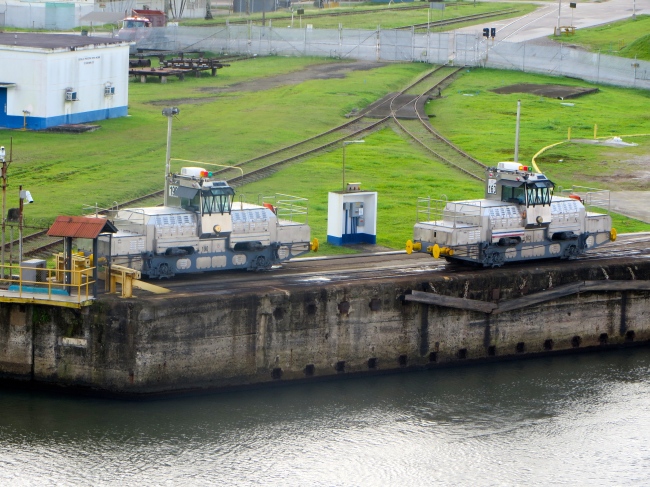 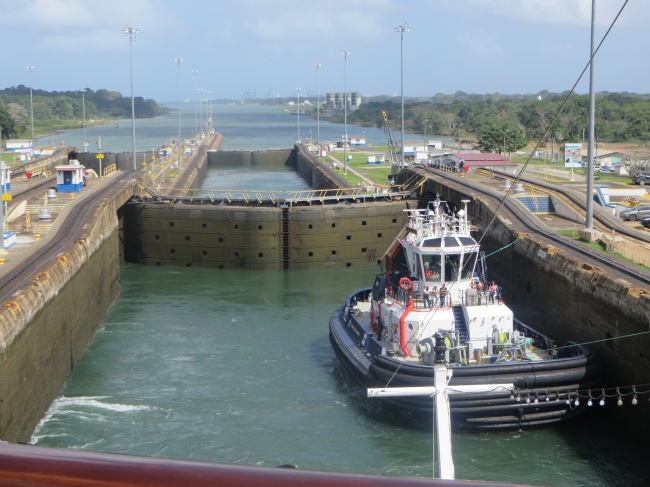 A carefully choreographed routine of train engines on either side of the ship pulling and tug boats pushing from behind helped our ship safely get through the Canal. 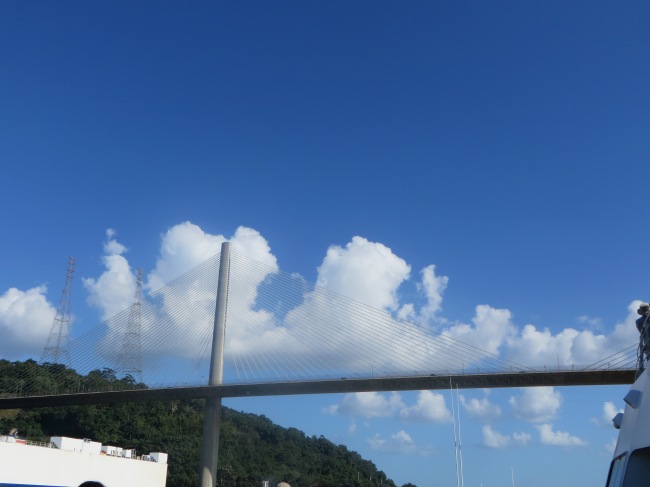 Sailing under the Bridge of the Americas!

It seemed like every person on the ship was on deck to see the start of the locks, and with good reason. It’s not every day that you are lifted 20-50 feet by a series of locks and mechanisms that date back 100 years! A set of three locks got us to the lake, and then we had a very slow ride (it is a totally wake-free zone) through the nine-mile, man-made lake until we got to the three sets of locks on the Pacific side. I spent most of the day reading in the Glazier Lounge. This is the faculty lounge on the top deck of the ship and has a 180 degree, glassed-in view. I thought this was the perfect spot as it was shaded, air-conditioned, but still accessible in case I wanted to pop out to take a quick picture. 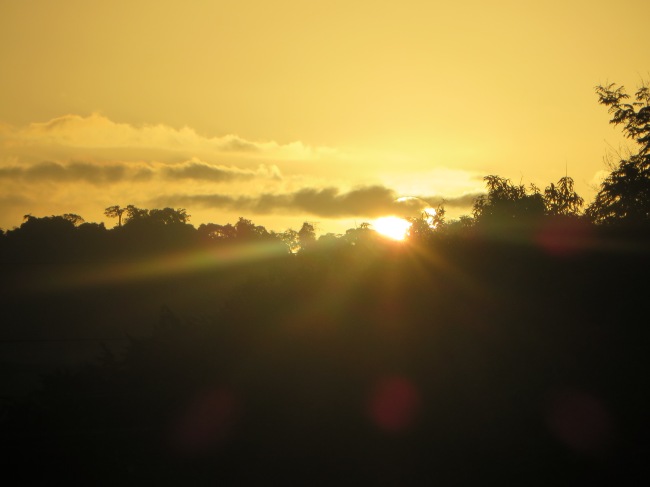 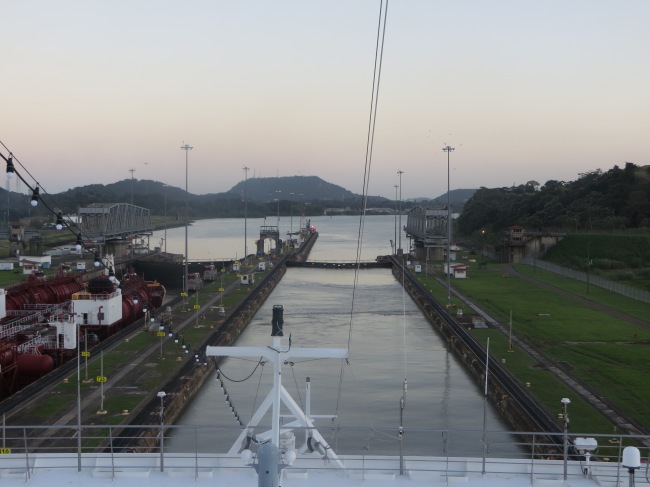 After nearly nine hours, we finally made it through and have the Pacific in our sights

The sunset was truly spectacular and the crew opened up Deck Eight, which is usually off-limits so we could get an even better vantage point. After we were on our way through the Pacific to Costa Rica, G and I grabbed dinner, then headed to the Christmas Eve service on the ship.

The service was interdenominational, and hosted by a Unitarian Universalist minister. There was a 40+ person choir and the service ended with a rousing version of The 12 Days of Christmas, which involved motions of each gift (including eight maids a-milking!) and I laughed to the point of tears. The best part of the entire service was when the minister talked about community. She said, in a way, we were all searching through foreign lands during this voyage and what made this possible was the community of travelers. We had, over the past few days, created our own community. We ended the official part of the service with “Silent Night.” The minister asked us to reflect on the lyrics “all was calm, all was bright.”

Since I’m sitting on Deck Five, typing this at 10pm on Christmas Eve with the stars above me, sea beneath me, warm breeze around me, its hard not to be grateful, humbled, and inspired by this unique gift and indeed privilege of travel.  My family never really traveled as I was growing up. My dad was always working his second job at our family farm, and my grandparents had a small place on Lake Erie that was our default vacation. Don’t get me wrong, I wouldn’t trade summers of suntanning, boating, fishing, firefly catching, adventures to the sand bar, or summer flings for anything, but it wasn’t until I was an adult that I truly traveled.