I took my dog to the park tonight. It has been a long week, with lots of nighttime commitments and Iggy (my dashingly handsome and ridiculously precocious French Bulldog) has been slightly neglected. It’s been a little rainy over the past few days and a low-lying part of the park was swamped with two inches of water, spread out over a three or four foot diameter. Add dozens of dogs trampling through the muck and you’ve got yourself a muddy, messy disaster zone.

Iggy lives for these days. He was drawn to the puddle like a magnet and simply delighted in trouncing through the mud, lapping up the disgusting water and splashing fellow park patrons, human and canine alike. I spent the majority of our hour-long adventure playing zone defense. Wide stance, hands extended, and firm tone of voice that should have made it clear that the puddle was off-limits. I usually take time at the park to call friends throughout the country, catch up on social media finds or get some laps in as unscheduled exercise. However, due to this darn puddle and Iggy’s insistence that my feeble attempts at defense, he took this as both a challenge and a game. I left the park more stressed than when I came and Iggy was probably more of a mess than if I would have just left well enough alone.

The worst part is that this happens every time it rains. All of the dog owners go on and on about how awful it is, but the puddle still re-emerges with a vengeance with the slightest amount of precipitation.

This experience, combined with this week’s #SAchat about chaos (check out the Storify here), got me thinking about the “professional puddles” of our work. What are the really messy, dingy, nasty, tasks or projects that we face every day? Are there topics that deserve our attention on a more regular basis, but we never address them until it rains and then waste our time trying to keep ourselves and our students from actually enjoying our time together? Do we find ourselves constantly playing defense to keep things from getting messy because it seems easier to deal with the symptoms rather than the problem?

I didn’t expect to have these revelations while trying to keep my mostly white dog from turning dark brown, but it happened. I realized that complaining to myself wasn’t going to solve the puddle and neither was simply commiserating with the other people at the park. I realized we needed to harness our mutual hatred of this problem and fix the damn thing already! I brought it up to a few of the regulars and not-so-suprisingly, they all agreed. I suggested that we all chip in a few dollars to buy some gravel and another person shared that he had some at home and would bring it next time. Another person offered to call the City and our local town council members to see if the irrigation plan could be altered so the puddle wouldn’t re-emerge in another location. Before everyone left with their muddy friends, I offered to dry off the dogs with a towel I happened to have in my trunk.

Moral of the story? Let’s stop complaining to ourselves or our circles about problems that can easily be resolved by pooling talents, strengths and resources of those around us. Let’s unlearn our perceived helplessness about institutional culture or campus traditions. Admittedly, not every problem is a puddle. Some are lakes or rushing rivers or even oceans, but you have to start somewhere. Why not here? 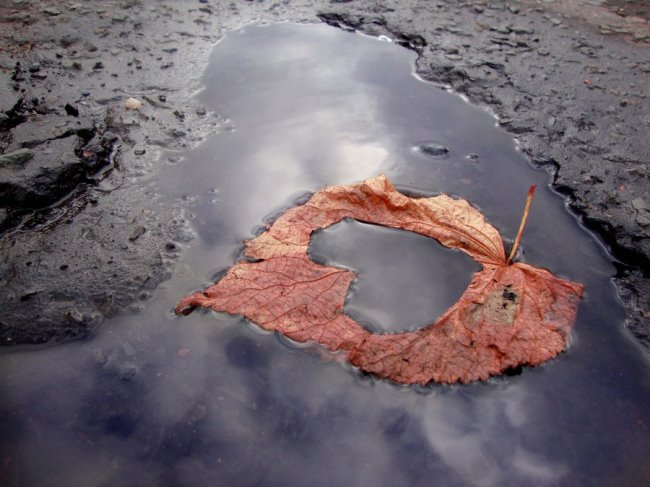